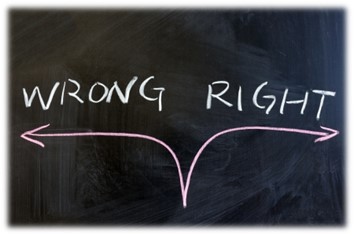 Employment relationships come to an end for a variety of reasons, including the sale of the employer's business, changes in management structure, downsizing and lack of suitability. The lawyers at Suzanne Desrosiers Professional Corporation know how to implement the right strategies to reduce the resulting costs to employers. As the recent Ontario Court of Appeal decision in Groves v UTS Consultants Inc. demonstrates, unless employers take appropriate precautions when employees leave their business, substantial monetary liability can result. It is important to understand that problems can occur even if the employer negotiates a severance agreement with the employee. Our team provides practical advice to avoid the type of pitfalls experienced by the employer in the Groves case.

In Groves v UTS Consultants Inc., an October 2, 2020 decision of the Court of Appeal for Ontario, the court ordered an employer to pay over $300,000 in damages to a wrongfully dismissed employee. It found that the termination provision in the employment contract was unenforceable, that a release signed by the employee was invalid, and that a purported resignation submitted by the employee was of no force or effect. The employee received monetary compensation for base salary, bonus, pension contributions, benefits and car allowance during the notice period.

The employee, Wayne Groves, is an engineering technician. He was the founder and president of the employer, UTS Consultants Inc ("UTS"). UTS provides civil engineering consulting services to telecommunications and hydroelectric companies. Mr. Groves founded UTS in 1992.

The Sale Transaction and Dismissal 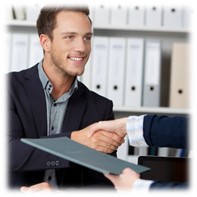 The purchaser wanted to employ Mr. Groves because of his industry expertise and familiarity with the operations of the company that he founded. However, OEC did not want to give Mr. Groves credit for his past years of service with UTS. In other words, OEC wanted the employment relationship with Mr. Groves, from a legal standpoint, to have started in 2014 after the company was acquired, not in 1992 when he founded UTS. OEC did this to reduce the severance package that it would have to pay Mr. Groves if it terminated his employment. This is where the problems started for OEC and the court essentially did not give effect to the legal strategies that OEC used to try to reduce the severance package owed to Mr. Groves.

OEC attempted several maneuvers to make it so that the employment relationship between UTS and Mr. Groves only began in 2014. The purchaser had Mr. Groves submit a letter of resignation before signing a new employment contract with UTS. OEC required Mr. Groves to sign a release, which sought to release claims relating to his past service with UTS. The purchaser also inserted language in the employment contract which purported to waive his past years of service. Mr. Groves agreed to these terms and signed off on the documentation because OEC paid him generously to acquire UTS.

Everything proceeded smoothly until the new owners decided to dismiss Mr. Groves on a without cause basis in 2017. Mr. Groves was unhappy with the severance package provided by UTS and retained a lawyer to negotiate more. The new owners refused to pay because, from their perspective, they had only employed Mr. Groves since 2014. Mr. Groves sued UTS for damages based on a 27-year employment relationship that started when he founded UTS in 1992. Mr. Groves obtained summary judgment against UTS and that decision was affirmed by the Court of Appeal for Ontario.

Pitfalls Experienced by the Employer

The employer ran into legal problems because it attempted to avoid recognizing the past service of Mr. Groves with UTS. It is understandable that the purchaser did not want to be liable to pay Mr. Groves a severance package based on 27 years of service with UTS. However, several of the strategies that OEC used to avoid paying a large severance contravened the Employment Standards Act (“ESA”) and were unenforceable. This was the case even though Mr. Groves agreed to the arrangement and signed the documentation prepared by the purchaser.

The first strategy used by the employer was requiring Mr. Groves to submit a letter of resignation to UTS before the sale of the company. This was intended to create a break in the continuity of service from when Mr. Groves founded UTS to the date of the acquisition by OEC. In other words, because Mr. Groves had "resigned" before the sale, the employer hoped that his service with UTS would only be calculated from 2014 onwards.

The problem was that the interruption in service existed only on paper. In reality Mr. Groves was the founder and president of UTS and continued as a senior manager after the sale. The parties intended that this would be the case. The purchase transaction was conditional on Mr. Groves signing an employment contract with UTS. OEC would not purchase UTS unless it received the value of the leadership, client loyalty and technical expertise of Mr. Groves.

In view of this, the court refused to give effect to the purported resignation. It stated that the resignation was an "entirely artificial attempt to create an interruption in employment when in fact there was none". The Court of Appeal for Ontario recently reached the same result in Ariss v NORR Limited Architects - Engineers. The employer in that case unsuccessfully attempted a similar resignation manoeuvre. The lawyers at Suzanne Desrosiers Professional Corporation are familiar with this body of law and can help employers implement strategies that work.

The second tactic used by the employer was getting Mr. Groves to sign a release as part of the sale transaction. The release attempted to protect UTS and OEC from employment-related claims of Mr. Groves, including for "unpaid remuneration, termination or severance pay". However, section 5(1) of the ESA prohibits contracting out of employment standards. The release was void because it attempted to contract out of an employment standard, namely Mr. Grove's right to receive termination and severance pay based on his past years of service.

The employer made a fatal error in drafting the release. By including language that violated the ESA, the release was invalid and could not help defend the claim for common law wrongful dismissal damages. The court ruled "Given that this violates the ESA, it is null and void for all purposes". In other words, had the release not attempted to contract out of the ESA, it may have protected the employer from the much greater claim for damages at common law. The lawyers at Suzanne Desrosiers Professional Corporation understand what types of employment law claims can validly be released.

After Mr. Groves submitted his letter of resignation and signed the release, UTS provided him with a new employment contract. That employment contract contained an unenforceable termination provision. The severance payable to Mr. Groves was calculated using a formula which increased in proportion to his years of service. UTS inserted language in the termination provision so that the severance calculation "excludes any period of service you had with the Company prior to the date of this letter". That language violated the plain wording of section 9(1) of the ESA, which provides:

The termination provision was unenforceable because it attempted to reduce the amount of termination and severance pay that Mr. Groves was entitled to under the ESA. The past service of Mr. Groves could not be waived or released for the purpose of calculating ESA entitlements. The employer made a critical mistake by drafting an unenforceable termination provision, which exposed UTS to a damages award at common law. The common law wrongful dismissal damages that the court awarded to Mr. Groves vastly exceeded any amounts that he would have been entitled to under the ESA. 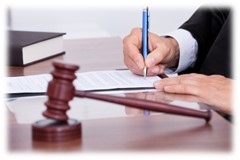 After concluding that the termination clause, release and resignation were unenforceable, the court proceeded to assess wrongful dismissal damages at common law. What this means is that the court determined the period of reasonable notice that Mr. Groves was entitled to receive before being dismissed, and then calculated the compensation that UTS had to pay him over that period. Relevant factors in determining the reasonable notice period include age, years of service, the responsibilities associated with the position and the availability of similar positions in the job market.

Mr. Groves was 65 years old. UTS employed Mr. Groves for 27 years. In terms of responsibilities, Mr. Groves was a managerial employee. He founded UTS and acted in a managerial capacity until the dismissal. He had wide-ranging responsibilities over operations, client development and marketing. Mr. Groves also had a specialized skillset in providing civil engineering consulting for telecommunications and hydroelectric companies. Similar positions were not readily available in the job market. These factors weighed in favour of a longer notice period.

The court determined that Mr. Groves was entitled to wrongful dismissal damages over a 24-month reasonable notice period. In other words, the court ordered UTS to pay Mr. Groves his salary, bonus, pension contributions, benefits and car allowance for two years. This totaled over $300,000 in compensation that UTS had to pay Mr. Groves for terminating his employment.

Employers frequently try to save costs by conducting the termination and preparing the related documentation themselves. They do not always recognize the value of retaining a lawyer, especially if the employee accepts their severance offer and signs a release. But there are many pitfalls for employers who choose to proceed this way. They could easily find themselves being ordered to pay a departing employee's claim for salary, bonus, pension contributions, benefits and car allowance.

A similar case was recently before the Ontario Court of Appeal in Kerzner v American Iron and Metals Inc. The Kerzner decision also involved a president who sold the shares of his company and then sued for wrongful dismissal after the purchasers terminated his employment. In both cases the employer could have avoided problems by structuring the share purchase transaction such that a portion of the purchase price was allocated towards the settlement of the vendor's employment law claims. Instead the employers unknowingly used strategies that contravened the Employment Standards Act and paid dearly for their mistakes.

The expression that an ounce of prevention is worth a pound of cure is especially true in the field of employment law. The lawyers at Suzanne Desrosiers Professional Corporation know how to apply the right legal strategies to protect the interests of employers and structure enforceable settlement agreements. Contact our office at 705-268-6492 to schedule an initial consultation with our team of professionals today.